How much does funeral insurance cost?

How much does funeral insurance cost?

Funeral insurance doesn’t come with a set price tag, so there’s no way of knowing how much you’ll pay until you get a personal quote. The cost of your policy will depend on:

Some policies also offer unique benefits or discounts so it’s a good idea to shop around to find the best value.

Requesting and comparing quotes from different providers in New Zealand is a good way to understand the cost of funeral insurance. However, don’t forget to consider the nuances of each policy — they all have their own features and benefits to look out for.

Get a cool info pack

We can send you a free info pack with even more information on OneChoice. You’ll love it.

Cost of a funeral

Here are a few things to consider when planning for funeral costs.

Factors that could influence the cost of a funeral

Generally, the price of a funeral will be based on:

Average cost of a funeral in New Zealand

On average, you can expect to pay around $10,000 for a standard funeral or tangi.1 This can go up to $15,000 or more for something a little fancier.2 That includes legal fees, a burial plot, and even little things like catering (you can’t reminisce about a loved one while you’re hungry!).

Read more about the cost of a funeral >

Options to pay for a funeral

Just like the service itself, how you pay for a funeral is entirely up to you. Some of the most common options are:

Dip into your personal savings

If you’ve been stashing money aside for a rainy day, this might be as rainy as they get. Funerals can be stressful and expensive but using your personal savings could help make things easier as you won’t need to worry about paperwork, contracts, or anything else. Some service providers might even offer a discount if you book early and pay upfront — there’s no harm in asking (and then asking again until they say yes!).

This involves arranging a plan with a funeral director or planner and paying all or part of a funeral in advance so that there’s nothing to worry about when the time arrives. With a pre-paid funeral plan, you can plan things just the way you like them and won’t have to worry about rising costs in the future because you’re paying for your funeral with the price that it is today. Plus, your family won’t have to argue over choosing roses, kowhai, or forget-me-nots. Keep in mind that once you start a pre-paid funeral plan, you may not be able to transfer to another provider.

Funeral insurance pays out a lump sum to your estate or nominated beneficiaries when you pass away. This can help pay for your funeral or any other costs that might get left behind (like personal debts and legal fees).

With funeral insurance, you might also be covered for terminal illness or accidental serious injury with some providers. Note that many providers generally only cover you for accidental death in the first year of your policy and death from any cause thereafter.

Considering funeral insurance? Get up to $30,000 in cover with OneChoice Funeral Insurance.

In New Zealand, we’re lucky enough to have access to government funding to help organise a funeral for a loved one. If your partner or legal guardian passes away, you may be able to get a funeral grant of up to $2,128 from Work and Income (Te Hiranga Tangata) as long as the deceased person normally lived in New Zealand and you meet the income and assets test.6

You can apply for the grant over the phone7 or by filling in the application form8 along with all required documents. 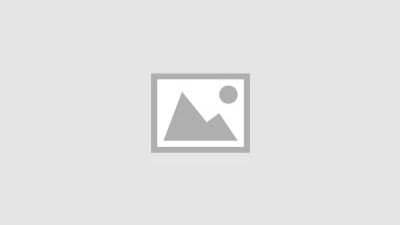 What funeral homes offer and how to pay for them

Funeral homes can be your best friend when planning a funeral. They guide you through the process and can do...

How to plan a funeral anywhere in New Zealand

Planning a funeral in New Zealand is a matter of preferences and costs. Here are some things you may want to...

Funerals can be expensive. From burial plots to coffins and cremation, they add up. Here are the major...

Read more about Funeral costs and paying for funeral expenses

How to arrange a funeral in 7 steps

Here are 7 of the things you’ll need to decide and organise if you’re planning a funeral for a loved one.

Read more about How to arrange a funeral in 7 steps

Have us Call You
Request a Quote Now